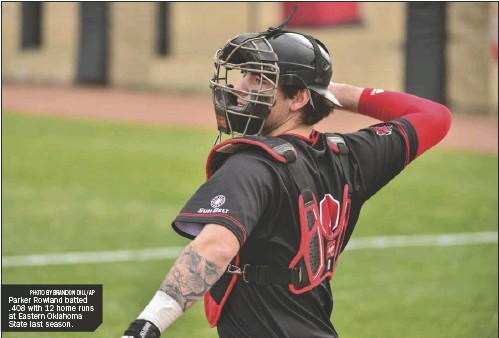 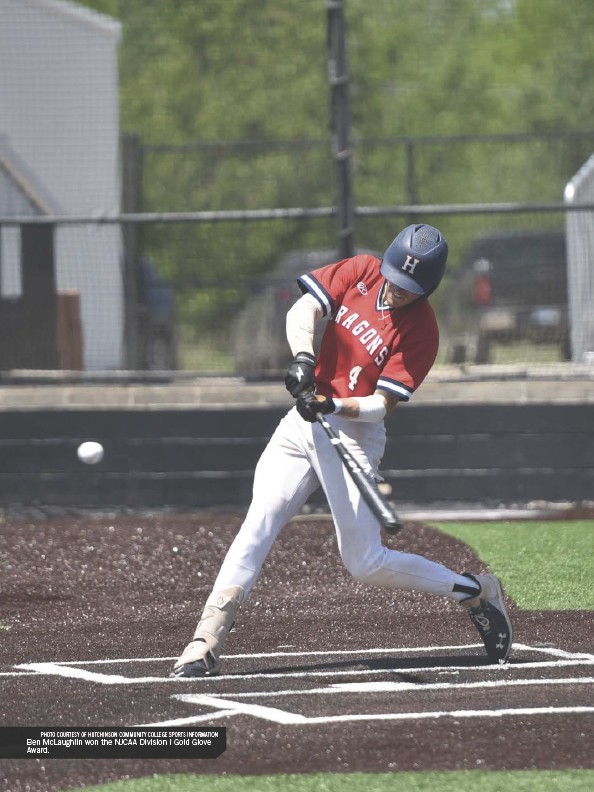 The success of the Arkansas baseball program in 2023 will largely depend on its success rate identifying capable transfers. The Razorbacks will likely be without eight of the nine regular starters from this year’s lineup, with Peyton Stovall set to be the lone returnee. Stovall played first base as a freshman but is likely to move to second base. Arkansas had 13 players committed from the portal or junior college by early July with more likely to address a void at catcher, where starter Michael Turner is out of eligibility and backup Dylan Leach transferred to Missouri. The Razorbacks began to address the position with the addition of switch-hitting catcher Parker Rowland from Eastern Oklahoma State College. Rowland, who began his career at Arkansas State, recorded a .408 batting average with 12 home runs and 78 RBI in 184 at-bats at EOSC. He threw out 12 of 27 (44%) attempted base stealers. Ten of Arkansas’ committed transfers are from junior college, but the Razorbacks have also committed transferring Creighton outfielder Jered Wegner, transferring Nebraska right-handed relief pitcher Koty Frank and transferring Kansas second baseman Tavian Josenberger. The JUCO haul includes the catcher Rowland; right-handed pitcher Cody Adcock of Crowder (Mo.) College; left-handed pitcher Hunter Hollan of San Jacinto (Texas) Junior College; and infielders Isaac Webb of Eastern Oklahoma State College; Hunter Grimes of McLennan (Texas) College; Peyton Holt of Crowder; Harold Coll of San Jacinto; Tyson Fourkiller of Connors (Okla.) State; Ben McLaughlin of Hutchinson (Kan.) Community College; and Caleb Cali of College of Central Florida. McLaughlin won this year’s Gold Glove Award for NJCAA Division I and is a candidate to replace Cayden Wallace, a draft-eligible sophomore who is expected to be a high-round pick in the MLB Draft that begins July 17. McLaughlin batted .411 with 19 home runs and 83 RBI. Hollan previously was committed to TCU before switching to Arkansas. The lefty led San Jacinto with 80 innings pitched and went 9-3 with a 3.59 ERA. He struck out 96 batters and issued 28 walks. Adcock, a Texarkana native, will have two years of eligibility for the Razorbacks after beginning his career at Ole Miss. He threw 19 innings as a freshman for the Rebels and had a 6.41 ERA. Like his JUCO teammate Adcock, Holt is also making a return to Arkansas. He played baseball and football at Greenwood. Holt’s .425 average and 1.168 OPS provides reason for optimism that his bat will transfer over against SECcaliber pitching. He also stole 22 bases in 59 games. He chose Arkansas over offers from Oklahoma State, Texas A&M and others. Football Adds Eight Commitments Isaiah Augustave, a 3-star running back from Naples, Fla., kicked off a rampant recruiting boon for the Razorbacks this summer. Augustave (6-2, 200), who rushed for 950 yards and 16 touchdowns on 109 carries as a junior, became the first of eight players to commit to Arkansas’ 2023 class. Other commitments came from 3-star defensive back TJ Metcalf (6-1, 188) of Pinson (Ala.) Valley; 3-star safety Dylan Hasz (5-10, 180) of Bixby, Okla.; 3-star safety Christian Ford (6-0, 187) of McKinney, Texas; 3-star defensive tackle Ian Geffrard (6-6, 365) of Whitefield Academy in Mableton, Ga.; 3-star defensive back RJ Johnson (6-2, 200) of Eagle’s Landing Christian in Atlanta; unrated defensive tackle Stephen Johnson (6-5, 320) of Fayetteville, Ga.; and unrated linebacker Alex Sanford (6-3, 240) of Oxford, Miss. Metcalf and Hasz were already known to Arkansas fans because of family members. Metcalf is the cousin of Seattle Seahawks receiver DK Metcalf, a former Ole Miss standout. Hasz is the twin brother of Luke Hasz, a 4-star tight end who has been committed to the Razorbacks since January. Blocker Commits Arkansas basketball coach Eric Musselman received his first commitment in the class of 2023 from 4-star point guard Layden Blocker. Blocker (6-2, 175 pounds) is the No. 28 recruit in the nation, according to ESPN. He is the sixth top-100 recruit to commit to Arkansas during Musselman’s tenure that began in 2019. Blocker played his first two seasons at Little Rock Christian High School before transferring to Sunrise Academy in Kansas. He unofficially averaged 17.8 points, 7.4 rebounds, 2.6 assists and 1.6 steals per game for the Bradley Beal Elite at the Nike EYBL Session III event in May. Deifel Adds Duke Transfer Arkansas softball coach Courtney Deifel is looking to continue stellar work in the transfer portal with the addition of Kristina Foreman. The former Duke second baseman will spend her last season of eligibility with the Razorbacks. She led the Blue Devils in batting average (.398), OPS (1.267), RBI (56) and slugging percentage (.797). 3-time All-America gymnast transfers to Arkansas The Razorback gymnastics program received a massive boost when three-time AllAmerica gymnast Norah Flatley announced her transfer from UCLA to Arkansas. She will be reconnecting with Arkansas coach Jordyn Wieber, who served as a volunteer assistant coach for the Bruins during Flatley’s freshman season. The 2022 Comeback Gymnast of the Year will attempt to carry her success to the SEC after earning All-Pac-12 honors three times in her first two seasons.